The U.S. National Office of the Chaine des Rotisseurs [pronounced “shen day row tea sir”] moved in 2003 to its newly constructed headquarters on the campus of Fairleigh Dickinson University.

“Mindful of the School of Hotel, Restaurant and Tourism Management’s unique location, notable faculty, industry-created curriculum and global presence, the world’s oldest and most prestigious culinary society, the Chaine des Rotisseurs, has chosen the Florham Campus to locate its new U.S. headquarters and has provided significant room in its new building for the School’s offices, conference rooms and classroom space.” (from hospitality-1st.com/ ) 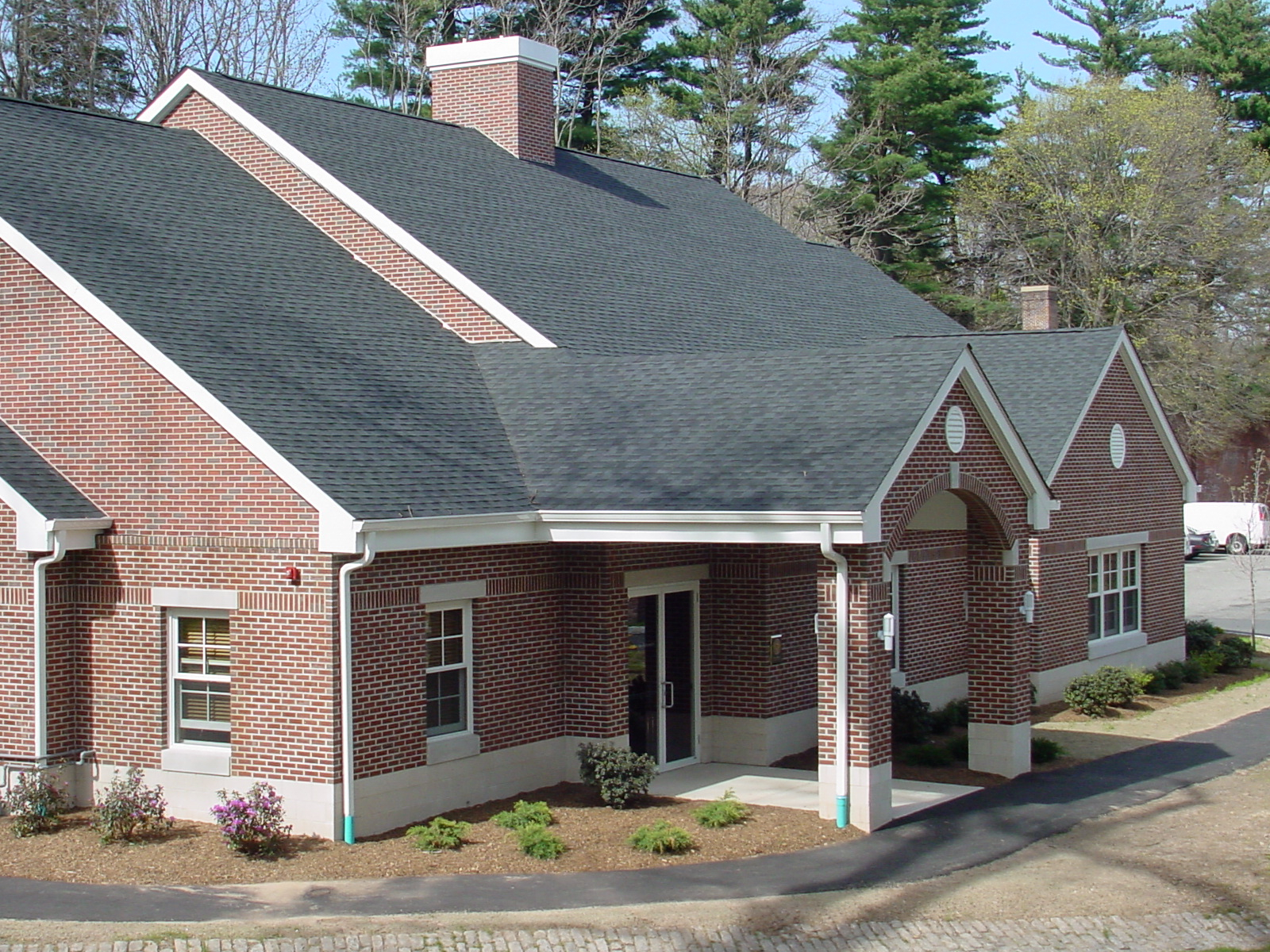 Dreyfuss Building houses classrooms, computer facilities and department offices, including the office for the Visual and Performing Arts Department. Dreyfuss Theater is the site of student performances and special lectures. Computer facilities in Dreyfuss include four general-purpose computer labs open to classes and individual students, as well as a visualization lab with state-of-the-art editing and imaging equipment, and a specialized lab for digital graphics. 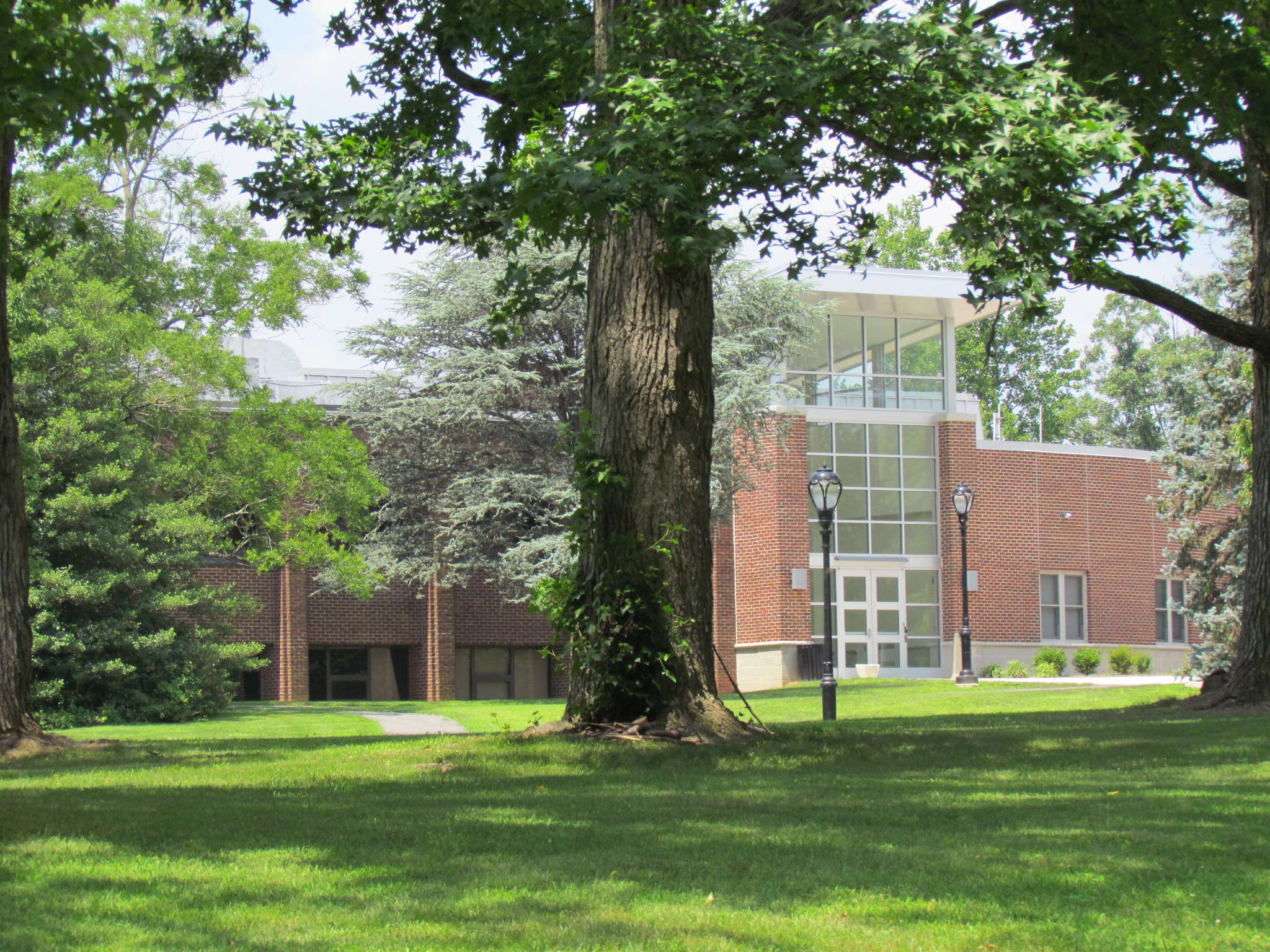 The East and West Cottages are home to the offices of the biology department faculty, as well as the biological research labs. They are located behind the Science Building, and have stood since the Twombly’s used this property for their summer home. 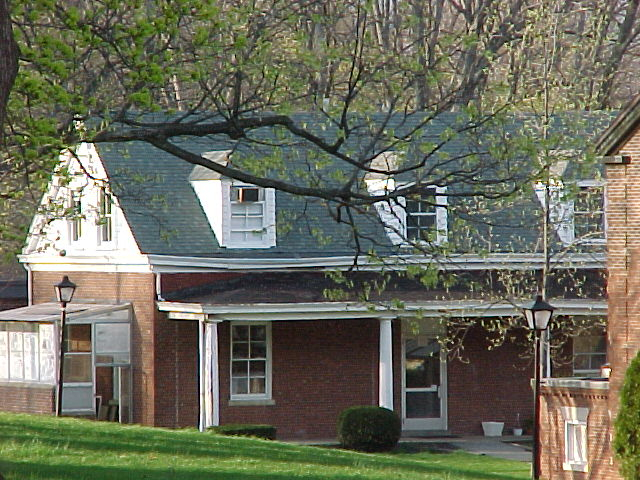 The Educational Opportunity Fund is a University- and state-sponsored program in which a select number of entering freshman are chosen to participate.<p>

EOF offers academic and financial assistance to qualifying New Jersey residents from backgrounds of educational and economic need who demonstrate strong evidence of the commitment, motivation, and potential for scholastic success, as well as interest in completing a Fairleigh Dickinson University education. EOF provides participants with the support of structured academic services and specialized counseling. 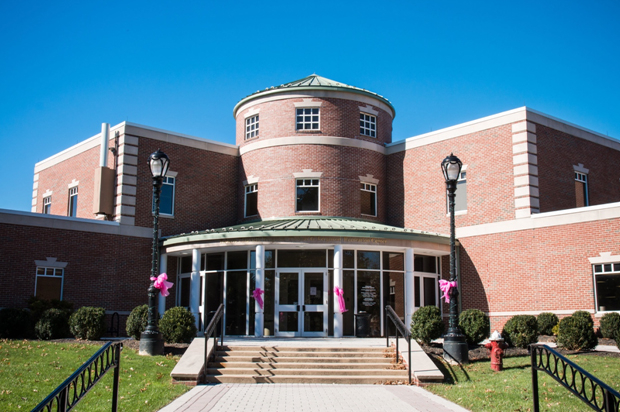 Hennessy Hall (The Mansion) is the centerpiece of the campus. This historic 100-room Georgian-style masterpiece was designed in the 1890s by Stanford White, and replicates a wing in Henry VIII’s Hampton Court. Most of its interior decorations (such as staircases and fireplaces) are in Italian marble, created by Italian craftsmen. Hennessy Hall also holds the chestnut-paneled Hartman Lounge (the former billiard room) and Lenfell Hall, then a ballroom and drawing room, now used for meetings and special events.

Today, Hennessy Hall contains classrooms and administrative offices, including Student Services and Financial Aid. Visitors to campus also won’t want to miss the Italian and Clowney Gardens, designed by Frederick Law Olmsted, located along the sides and back of the mansion. 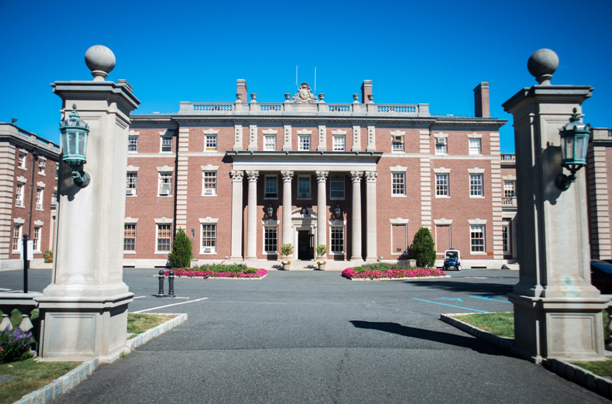 The John and Joan Monninger Center for Learning and Research incorporates the existing Florham Campus Library into an advanced, flexible, and environmentally-aware academic center for the campus. The Center is situated where walkways from the student center and residence halls meet with walkways to the other academic resources of the Florham Campus —it’s truly the Center of academic life for the campus. It offers learning spaces that range from small group study rooms to a 100-seat auditorium, linked by an open indoor crossroads with exhibit space. All of its spaces are equipped for wireless computing and for appropriate display technologies.

A gift from alumnus John Monninger, BS’65, and his wife, Joan, enabled the University to create this new learning environment, where students and faculty to come together in groups from one-on-one to large multimedia lectures, and to collaborate with each other with the support of modern library technologies. The Center includes the sunny Orangerie, which originally provided the Florham estate with fresh citrus fruit through much of the year.

The Campus’s Academic Support Center resides within the Center, with multiple rooms dedicated to tutoring and aiding students in their area of study. Students can reserve tutors and times that fit their schedule, completely free of charge. 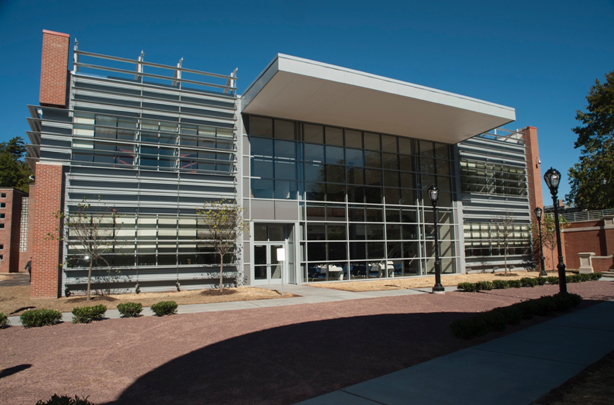 Reuter’s Rock is a massive, brightly-painted rock near the main entrance of the Mansion (Hennessy Hall). Dubbed years ago by students in honor of a former faculty member with a reputation for being “hard as a rock,” it features the latest information about campus dances, concerts, and meetings. 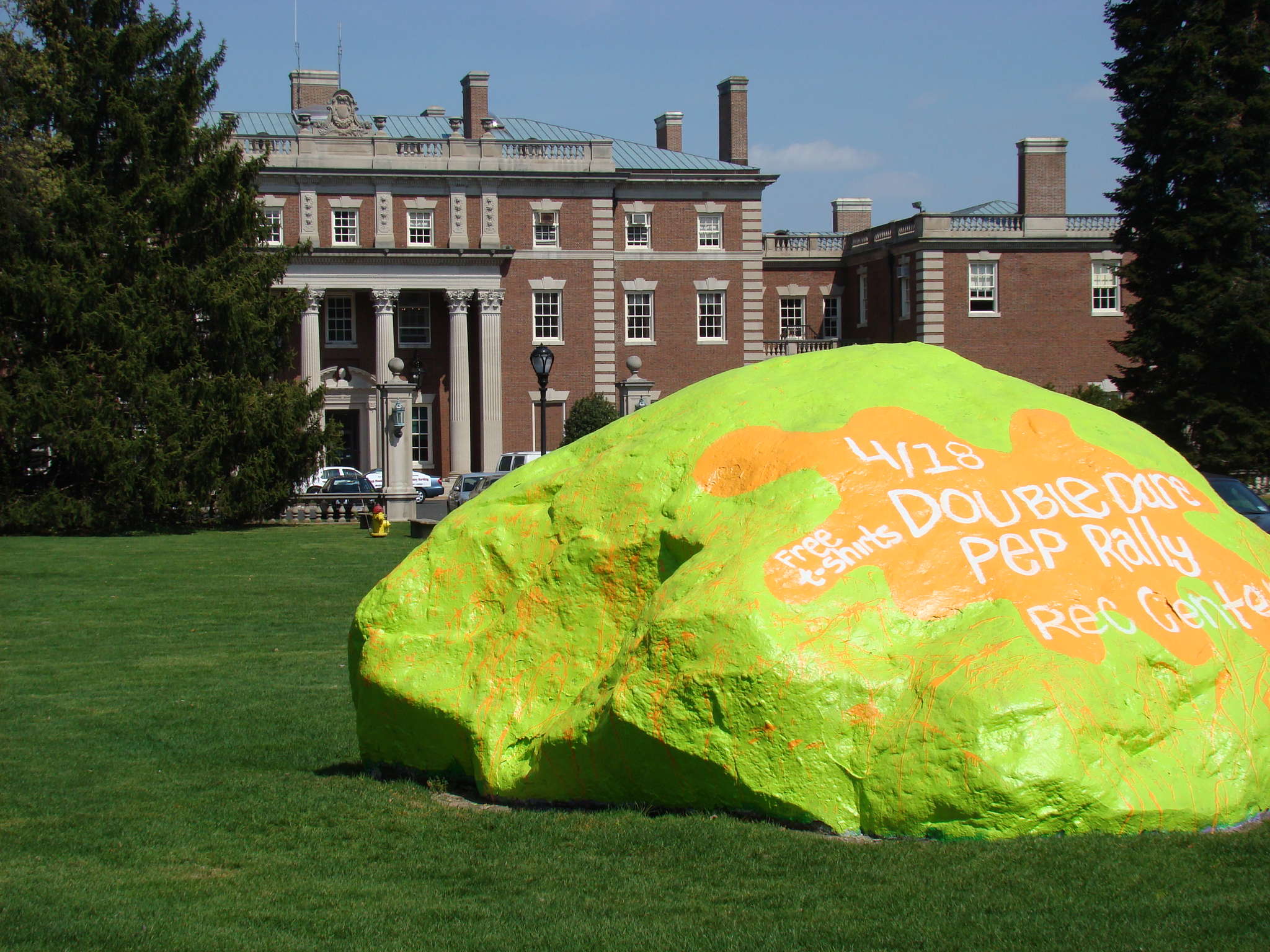 The Rothman Institute of Innovation and Entrepreneurship was the first academic building in the nation dedicated solely to the study of entrepreneurship, and housed the first program of its kind in New Jersey. The Rothman Institute program now flourishes in Hennessy Hall (The Mansion), and the Rothman Building is now the Florham Campus Admissions Office. The building also contains the Phyllis Rothman Forum, frequently the site of gallery openings and special lectures. 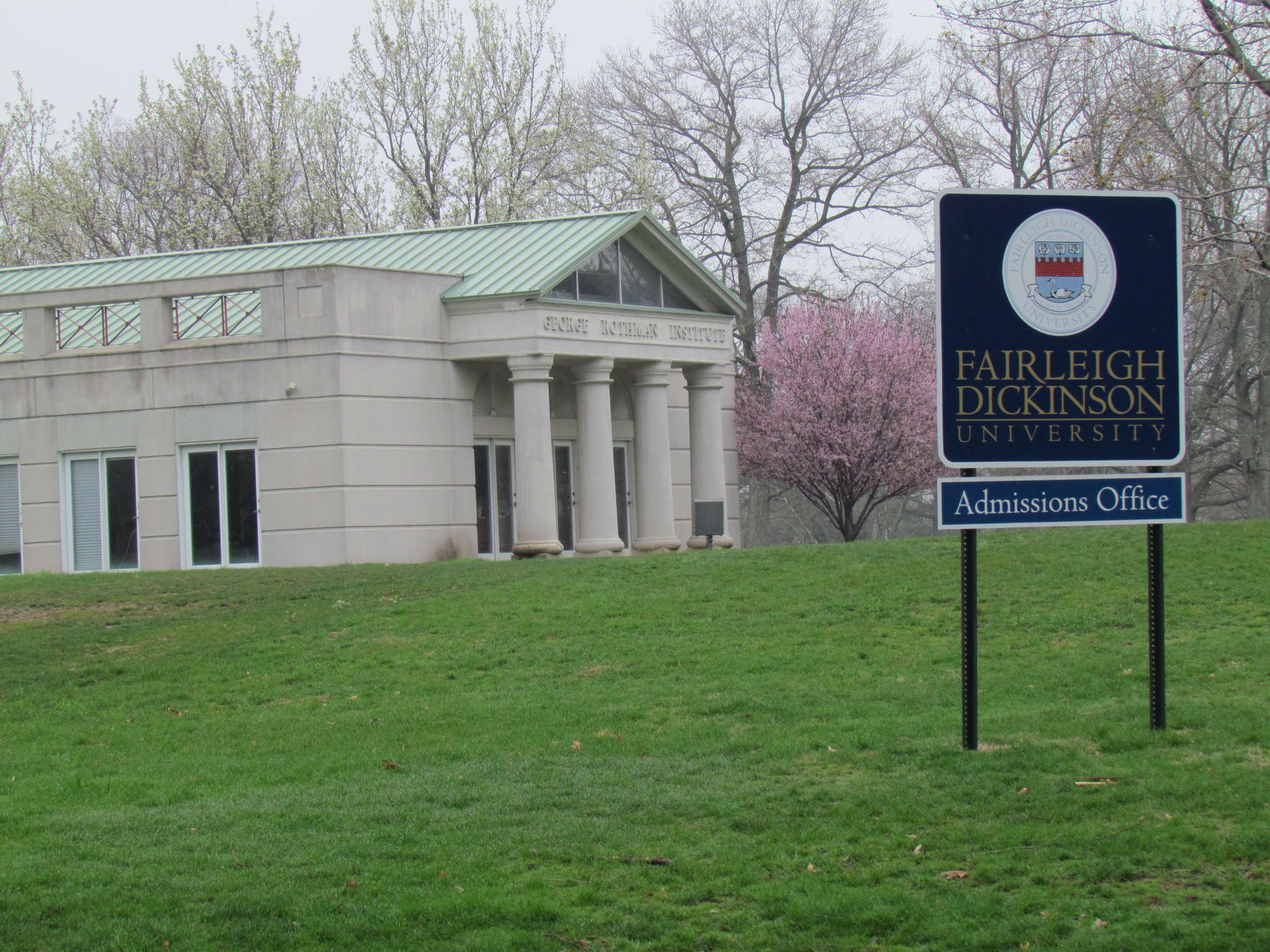 Rutherford Hall, named for the University’s first campus, opened in 2003. Nearly 300 upperclassmen enjoy spacious double bedrooms, each with their own private bathroom. All rooms are individually climate controlled. Vending and laundry areas are located on each floor. 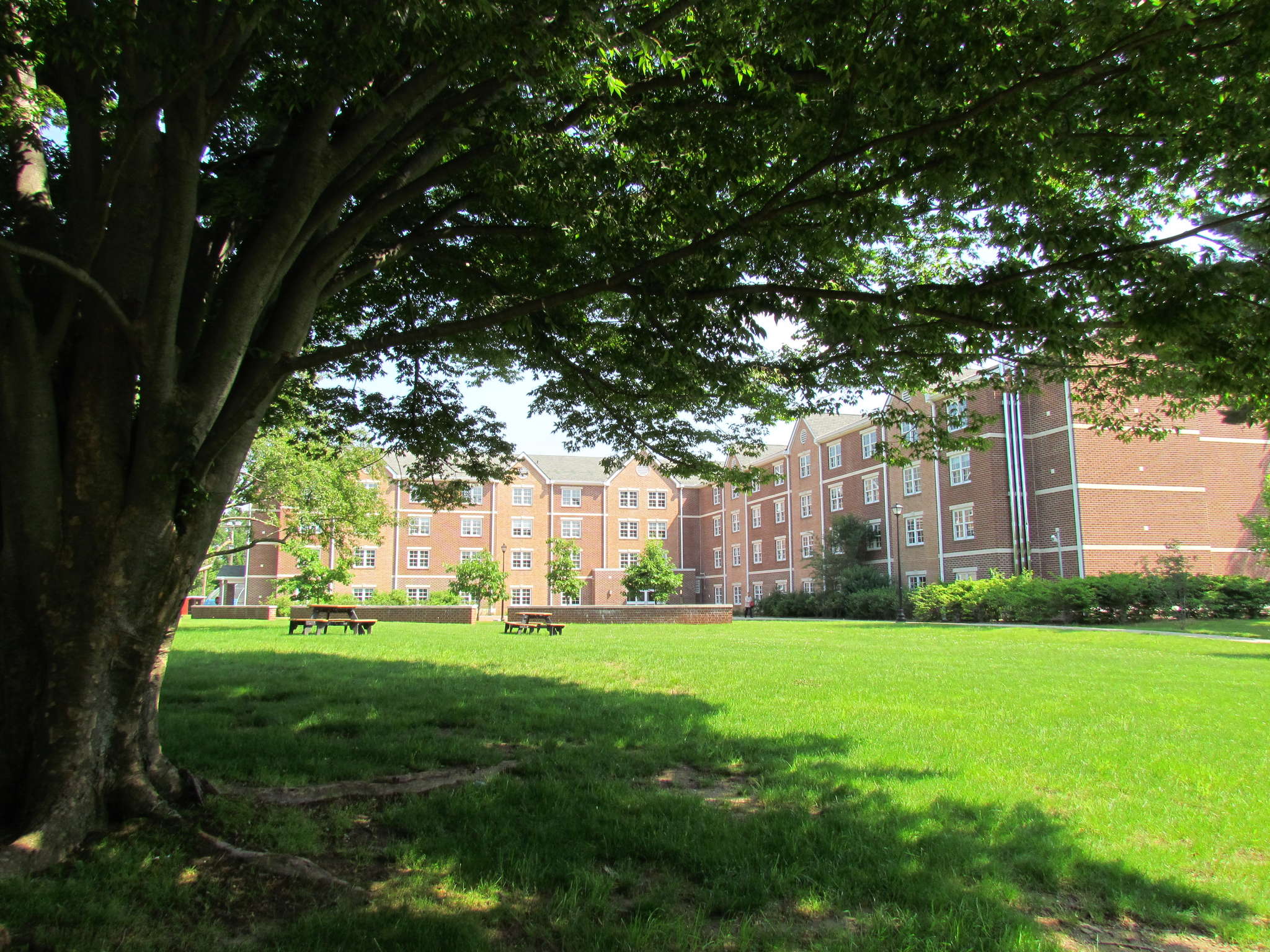 The Santolocci Student Center is the hub for campus life. It features The Perk, the on-campus coffeehouse, the Bottle Hill Pub, meeting space for the campus’s nearly 50 student clubs and organizations and the bookstore on the first floor. The main campus dining hall and “The Grill” are located on the second floor. The Student Center also houses the Office of the Dean of Students, Student Life, Residence Life and the Career Development Center. 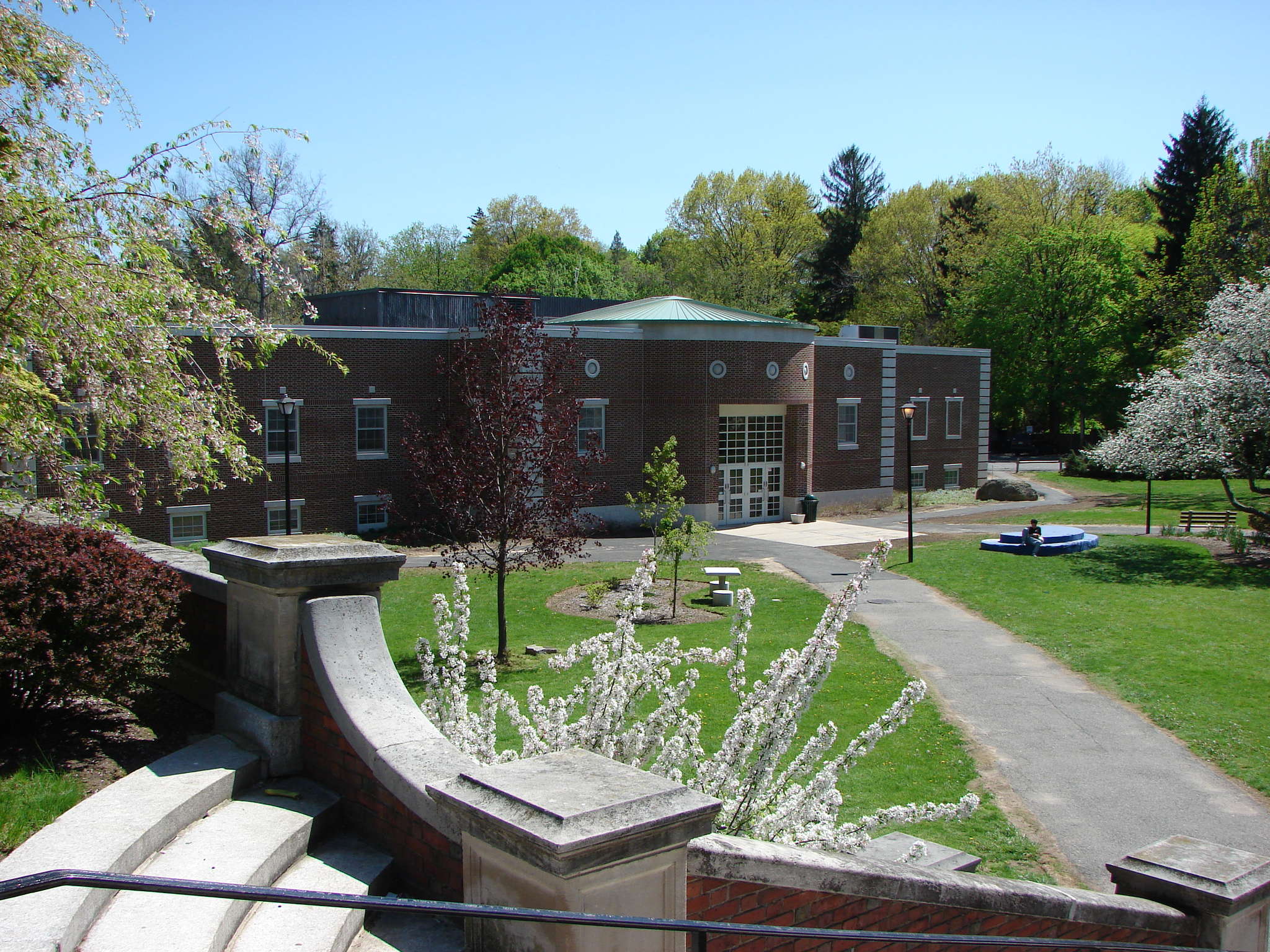 School of Pharmacy and Health Sciences

The School of Pharmacy and Health Sciences, located less than one mile away at 230 Park Avenue, offers a dynamic curriculum incorporating technology, a global perspective and a focus on the future of health care. Only the second pharmacy school in the state of New Jersey, FDU’s School of Pharmacy and Health Sciences offers a variety of classroom, lab, and experiential opportunities to meet the learning styles of today’s students and prepare them for exciting and successful careers. 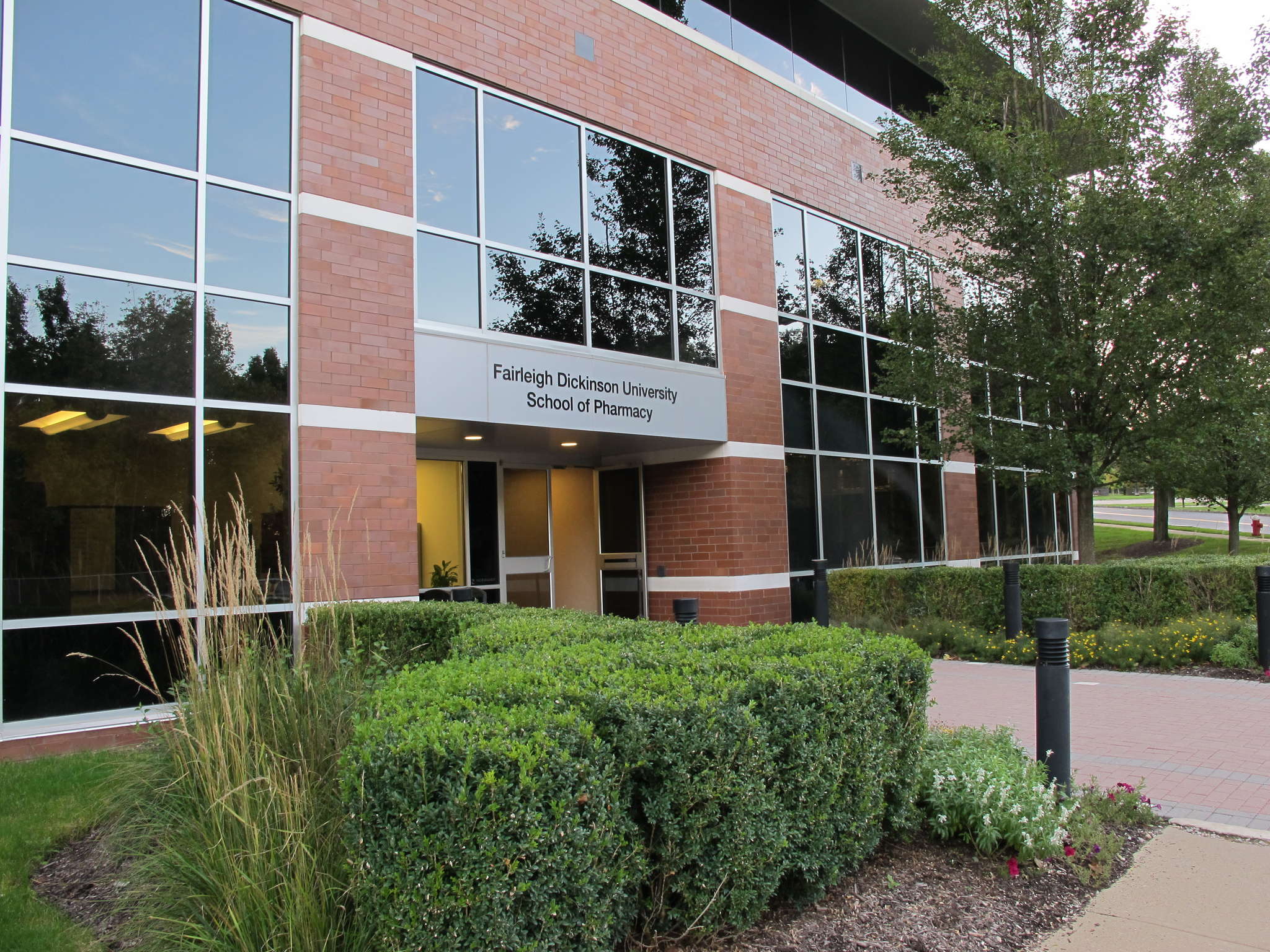 The Science Building and Cottages are home to biology, chemistry, allied health and medical technology department. The buildings were adapted from the former carriage house and stables built in the late 1890s as part of the original Vanderbilt-Twombly estate. 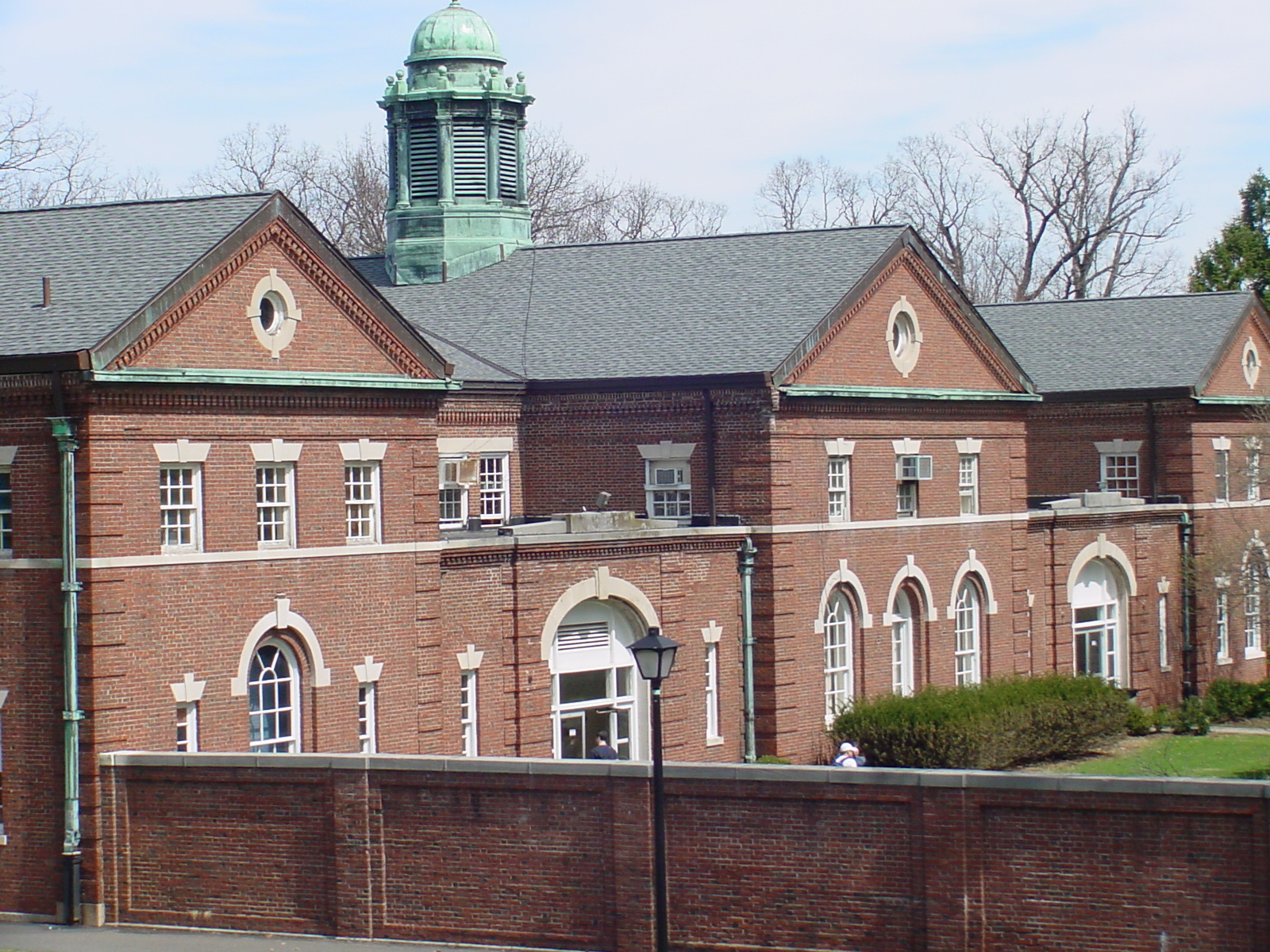 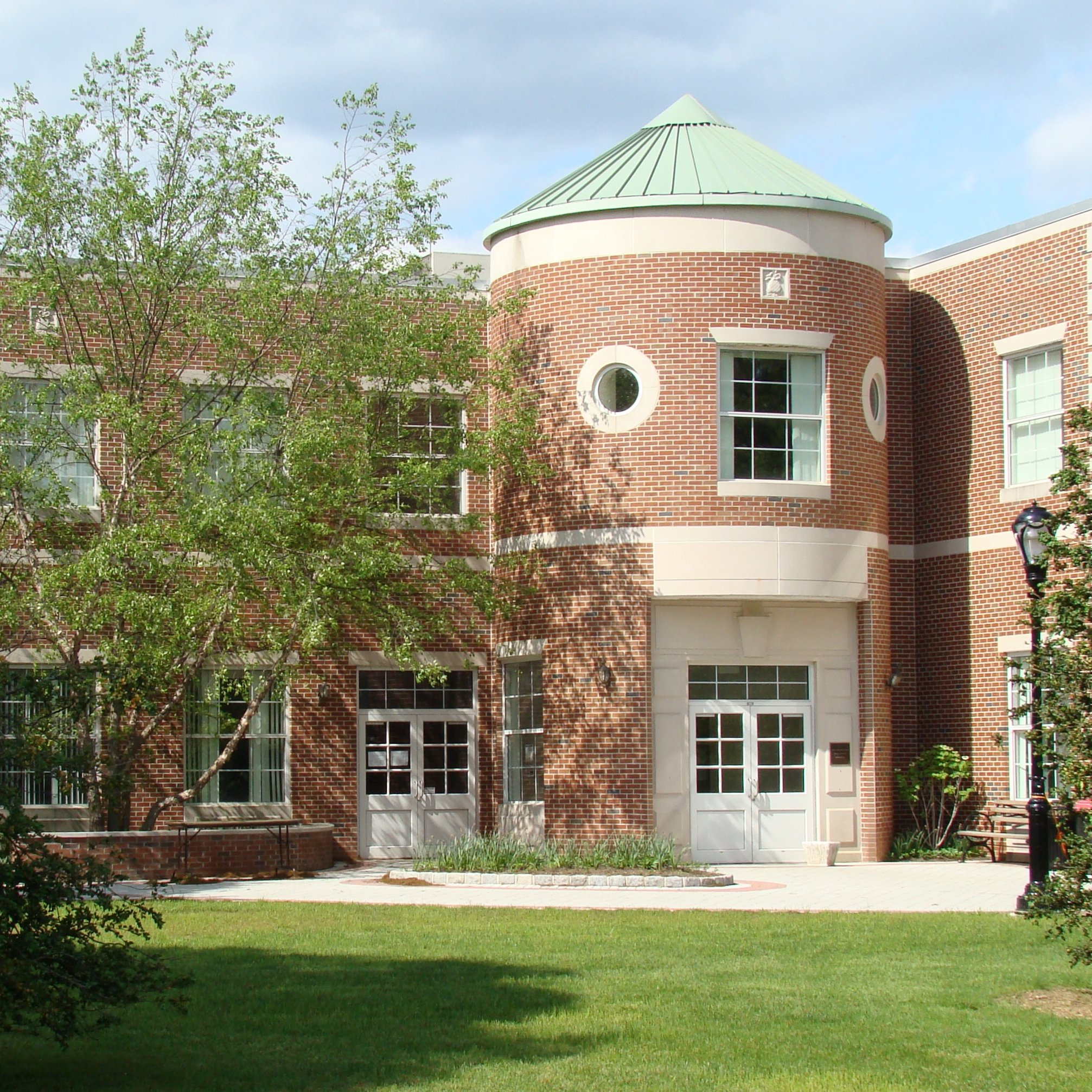 In addition to offices of Campus Safety, Campus Facilities, and Continuing Education, The Barn houses the University’s black box theater. 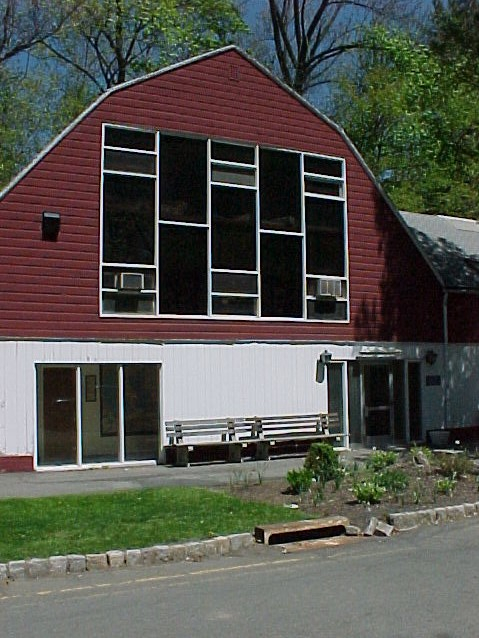 The Village has nine suite-style buildings for upper-class and graduate students. First-year students in the Honors program may also have the opportunity to reside in a Village building. Each has four- or six-person suites with a common living room and bathroom and two or three double bedrooms. It is coed by suite and fully air-conditioned. 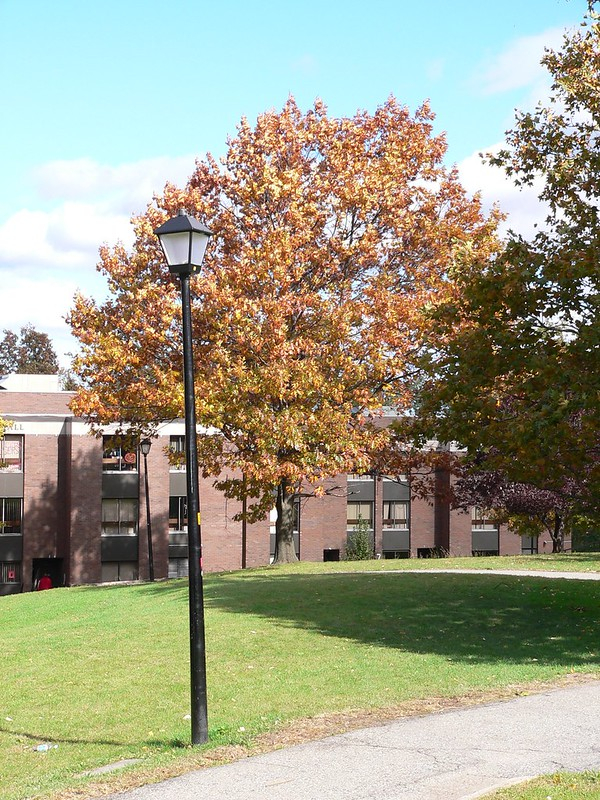 Florence and Hamilton Twombly Residence halls are traditional-style residence halls that are co-ed by floor. Each spacious double room has cable television and high-speed internet access, and each floor has common bathrooms as well as free laundry facilities.

Twombly Lounge, a large relaxation and study space, provides a place for students to gather and spend time outside of their rooms. 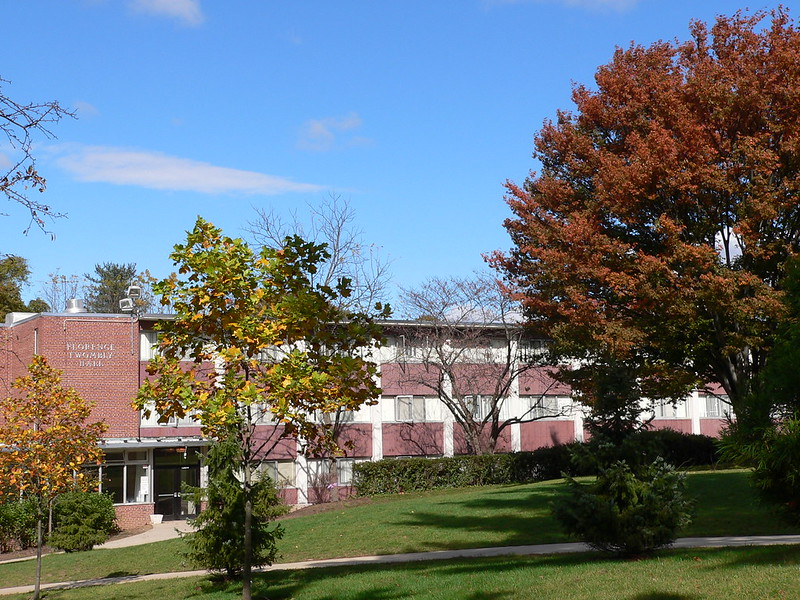 Welcome to the FDU Florham Campus!

Our Florham Campus in New Jersey bridges the towns of Florham Park and Madison. The campus, part of the original “Florham” country estate of early 20th-century socialites Florence Vanderbilt and Hamilton Twombly, sits on 178 acres. The name “Florham” is a contraction of the first names of the couple. FDU has owned the campus since 1958.

FDU Florham is primarily a residential campus, supported by a strong student life program—including active fraternities and sororities, diverse student activities and Division III and intramural athletics programs. Resident students are joined in class by undergraduate commuters and by adult, graduate and certificate students--all utilizing first-class educational resources either retrofitted into the campus’ distinctive and appealing original buildings, or newly built especially in the most recent decades.

The landscape was planned by Frederick Law Olmsted, who is renowned as the designer of New York City’s Central Park. The surviving principal buildings, designed in Georgian style by the firm McKim, Mead, & White in the 1890s, have been adapted for educational uses. The 100-room mansion Hennessy Hall, centerpiece of the campus, is a work of Stanford White; it is a replica of a wing in King Henry VIII’s Hampton Court. Most of its interior decorations (such as staircases and fireplaces) are in Italian marble, worked by craftsmen brought from the same country. In addition to classrooms and offices, Hennessy Hall holds Hartman Lounge — the chestnut-paneled former billiard room — and the Lenfell Hall drawing room.

The campus library includes the sunny Orangerie, which originally provided the Florham estate with fresh citrus fruit through much of the year. The science building was adapted from the former garage and stables of the estate.

Making Your Mark at Florham

At Florham, you’ll find a well-rounded academic experience and plenty of extracurricular activities. Whatever your major, your education will prepare you to problem-solve effectively, think creatively and communicate persuasively — skills that will prepare you for a lifetime of success. 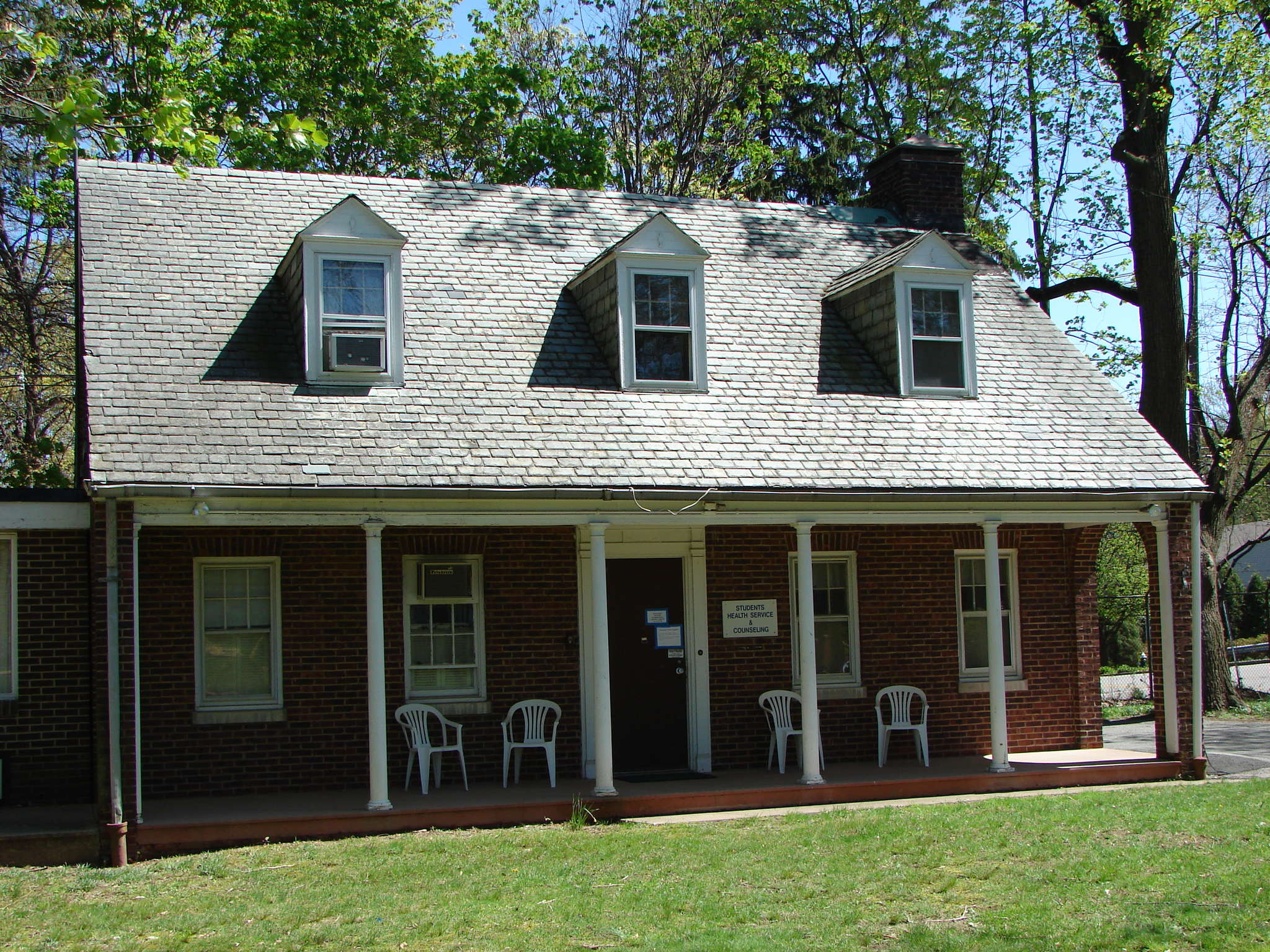